PupDate on Roland and his Siblings

Posted on October 18, 2018 by Elizabeth Mazzetti

Remember Roland, Rosalind, and Robyn?These three pups were dumped on the streets where a kind-hearted woman took them in. She asked us for help in finding them a great forever home! And we delivered! Roland came in to our rescue with a limp. He was the happiest, sweetest, spunkiest boy ever! The limp was evaluated by a specialist and it was determined that Roland has a dislocated knee, and more than likely he was injured by being hit by a car before being rescued off the streets! Roland needs our help to have the surgery that will alleviate his pain and allow him to continue 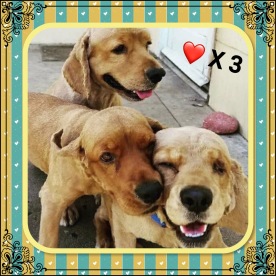 his “happy-ever-after” adventure! Any amount will help Roland! He is simply too young to consider amputation at age 3, as another vet suggested. Please join with all of us to give Roland the surgery he needs.
PUPDate: As the adopter was loading his two new pups, Roland and Roslyn, he became distracted by Robin staring at him through Debra’s iron gates. She was scheduled to go to a 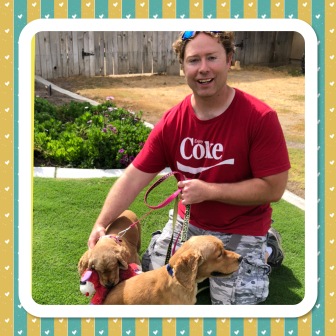 different foster the following day. Dan stared at Robin as she solemnly watched the commotion of four other dogs being loaded into a large SUV. Dan folded! He said he would take Robin as well! Debra brought Robin to them, and they all left for their trip back to Las Vegas. They will have a home all together, forever!

← Clark Griswald, A Big Hunk of Love
Charlie Rose is Sweet for Treats →