Posted on November 15, 2017 by Elizabeth Mazzetti 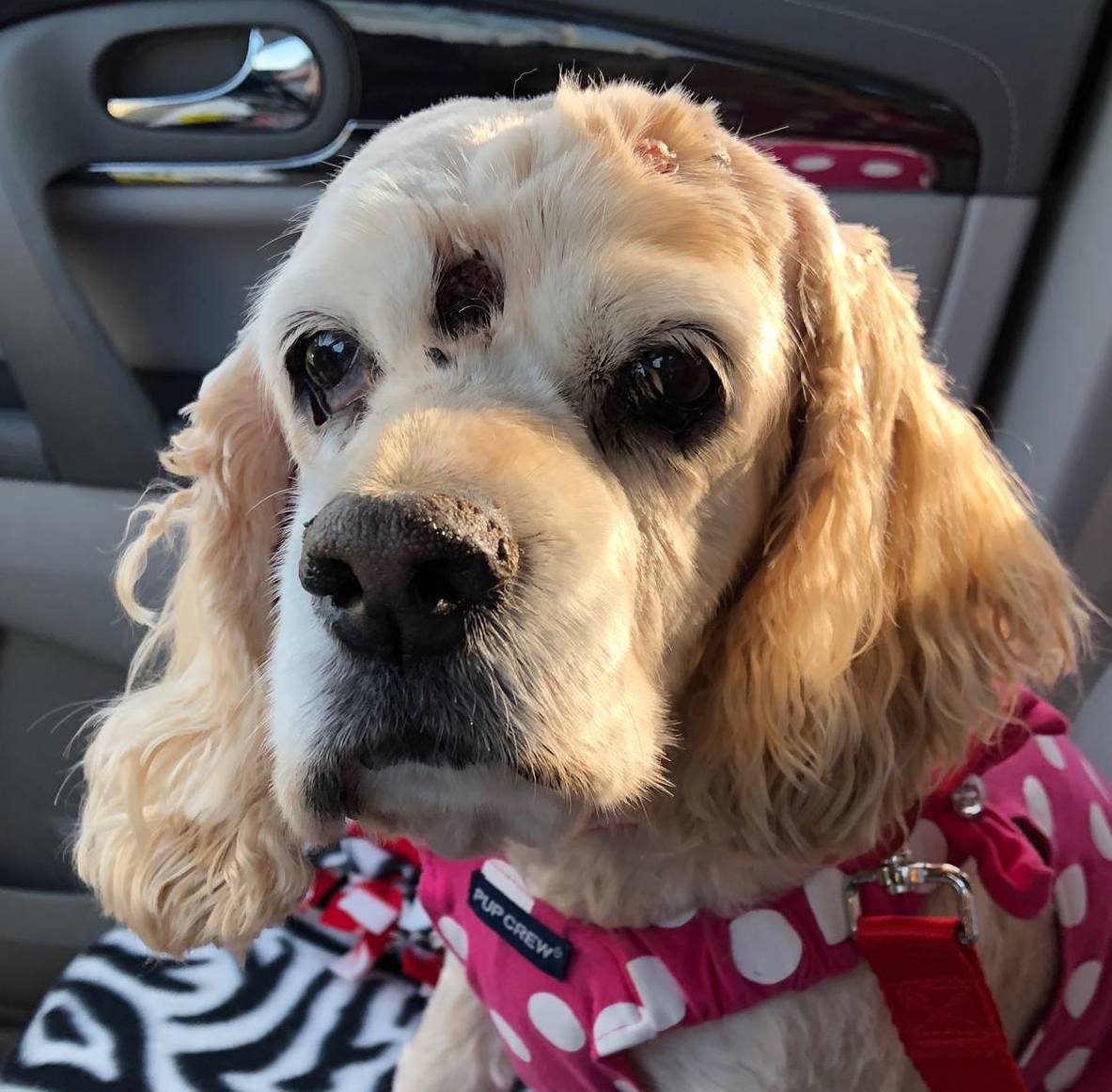 We got a call on Saturday that a female cocker had been picked up! She was reported to have blood on her head, and that she may have been hit with a weapon! Someone reported that is was a bat? We were all horrified! We agreed to take her of course, and she was brought to my home. She had 3 open wounds and she needed to be cleaned up. She had to be shaved because she was heavily matted. She also had to have several baths. This little girl was in terrible shape! She then saw the Vet, and he stated that Bailey Grace (name given by a foster volunteer for SCCR) was approximately 10 years of age. She needs a full dental desperately. She is the sweetest 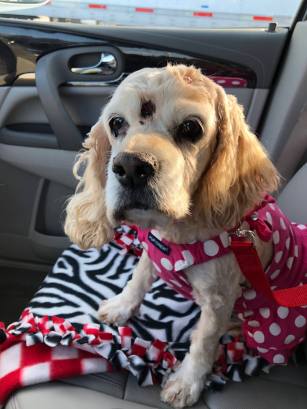 little girl, and weighs 24 pounds. She is with a temporary foster while getting her medical evaluation and treatment. Bailey Grace’s wounds on her head are no longer bleeding, so that lends some credibility to the story that she was hit on the head. She has a droopy side to her face. Could be from the injury, or from old ear infections, but her ears were surprisingly clean. Bailey also has multiple large warts that need to be removed and she will have a biopsy done. The Vet has her scheduled for November 21st for a full dental and wart removal, biopsy, spay, shots, and anything else she may need. Her senior blood panel was good, so they gave her Metacam to 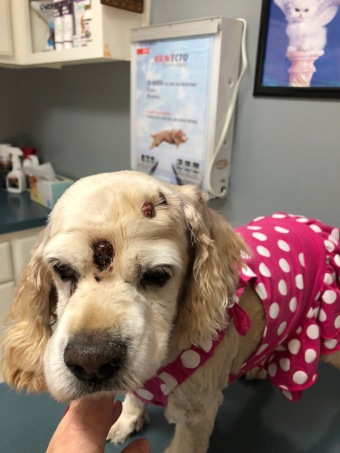 reduce swelling (on her head and perhaps fix droopy face), and also to help with any pain she may be having. We are on a waiting list to go in early.

There has been multiple reports of abused animals recently. We are so relieved that Bailey’s story will have a happy ending! She deserves to be a pampered princess for the rest of her life!

This little girl’s tail is wagging now, and she is eating everything not nailed down!

We can’t do what we do without your help and donations! Every dollar matters. Thank you!